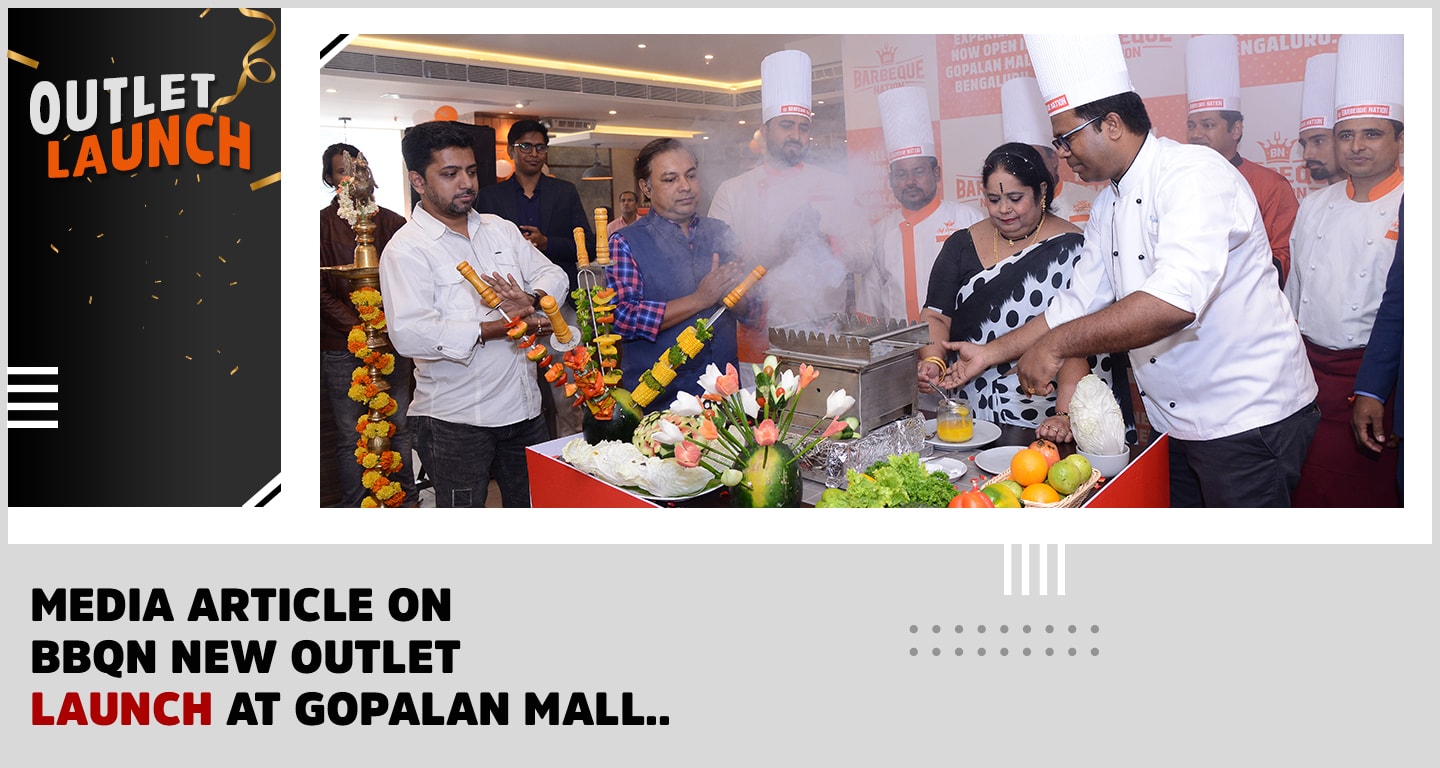 Barbeque Nation, India’s leading casual dining restaurant chain, announced the launch of its 13th outlet in the city of Bangalore and 139th in the Country. Starting with the very first outlet in the City in 2007. Barbeque Nation has come a long way in redefining the concept of casual dining, giving diners a chance to barbecue their own food on the table with unlimited starters. The concept gained widespread recognition, making Barbeque Nation a destination of choice for Corporate dinners and family gathering.

The restaurant has been carefully designed keeping in mind the heritage and philosophy of the Barbeque Nation brand, while offering new experience like, barbecue pit, larger dessert stations an egg station and over 100 dishes. 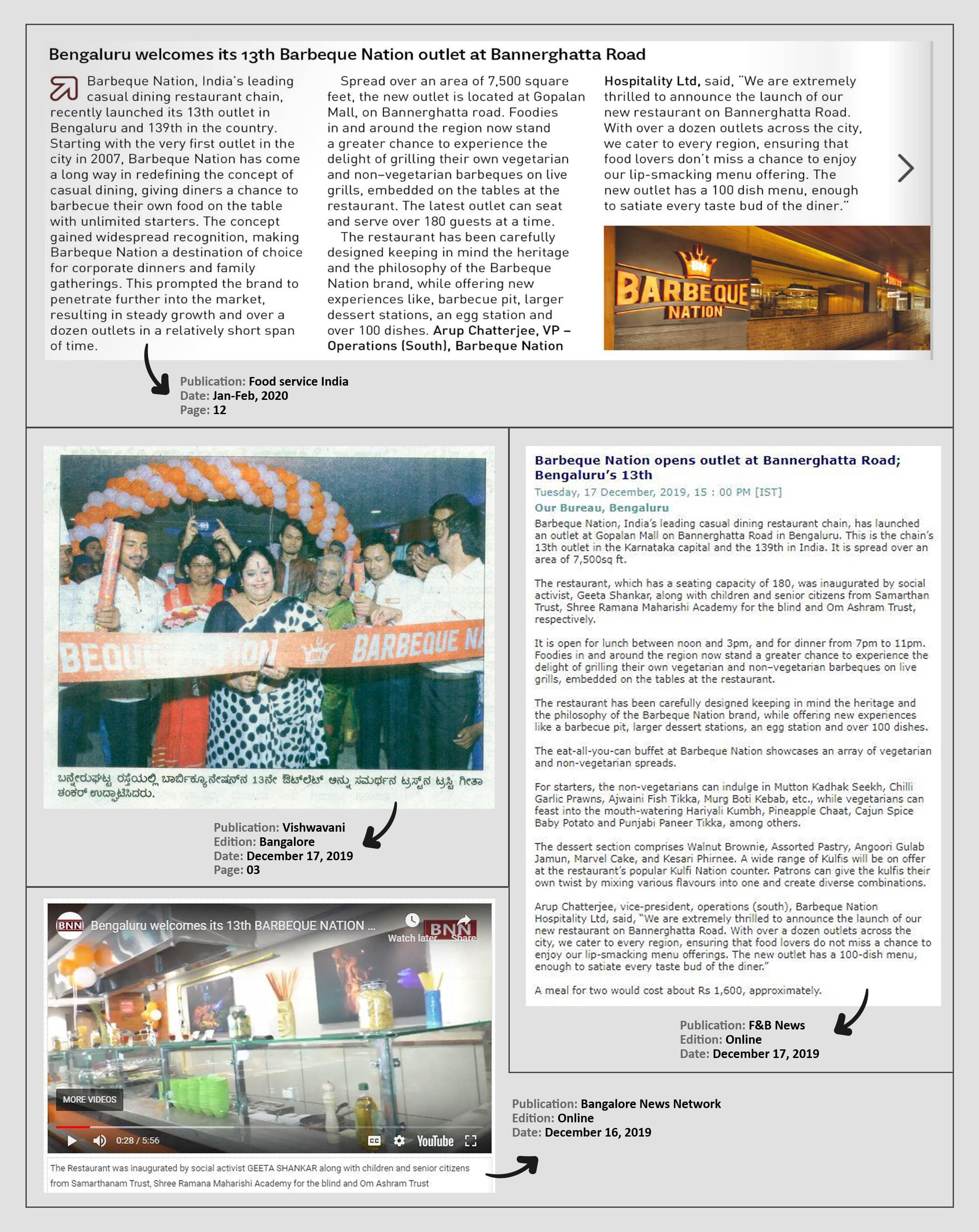