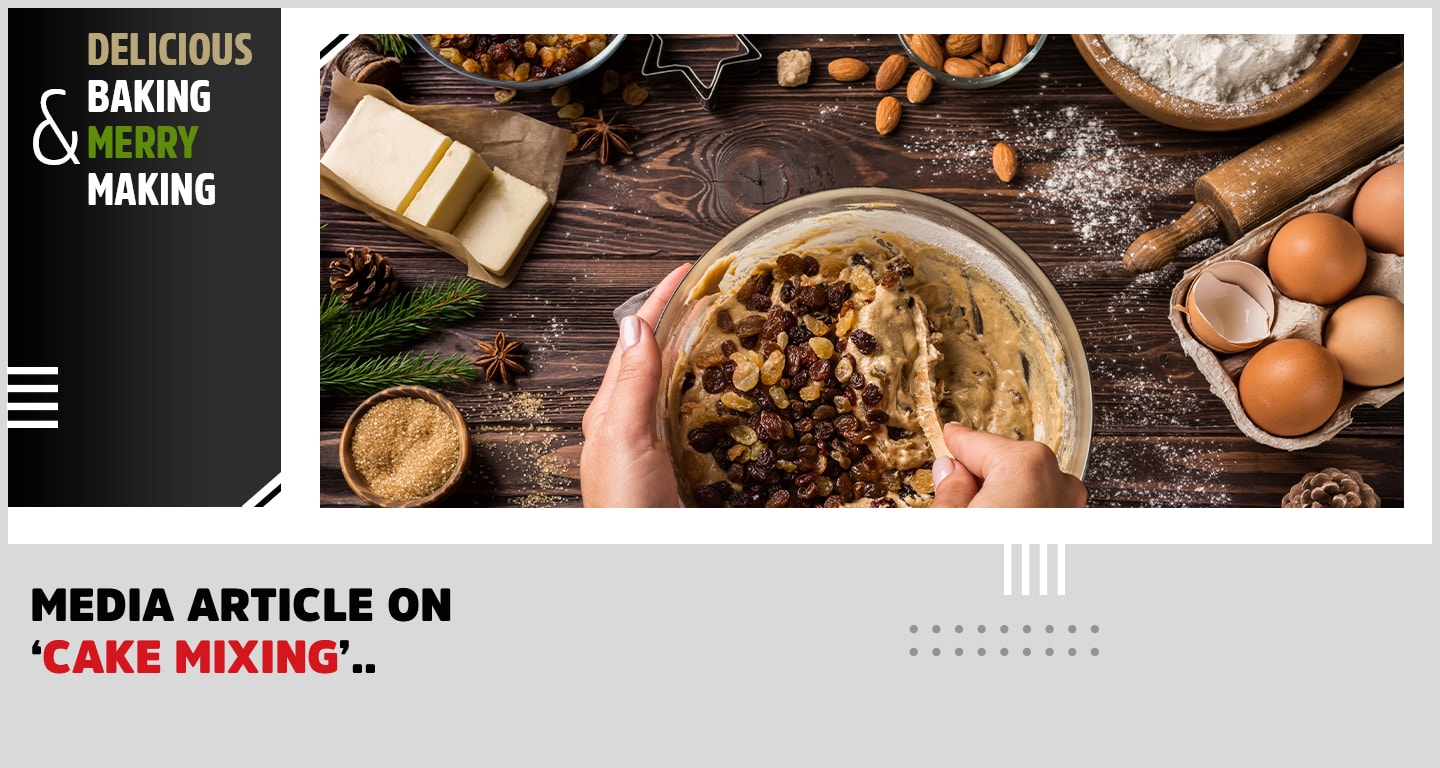 The cake mixing ceremony is an old tradition, generally associated with Christmas where we mix various ingredients, including dried fruits and spices well ahead of the festival to get the richness out of them. The mixture is soaked in alcohol (traditionally rum and brandy) so as to create a unique taste and aroma. In India, plum cakes have been extremely popular during Christmas wherein all dried fruits are categorised as "plum" so we add all dried fruits for the cake mixing ceremony. Later when mixed in cake batter and baked, it creates a fused taste of bitterness of alcohol and sweetness of cake and the richness of dried fruits.